On the last 20th of October 2022, SAPERE international organized its first e-conference.

It was dedicated to The relation of Sensory food education and Sustainability.

More than 60 participants joined the e-conference from Europe, Canada, and Japan.

The e-conference was recorded and could be viewed below: Video SAPERE e-conf – 20 October 2022 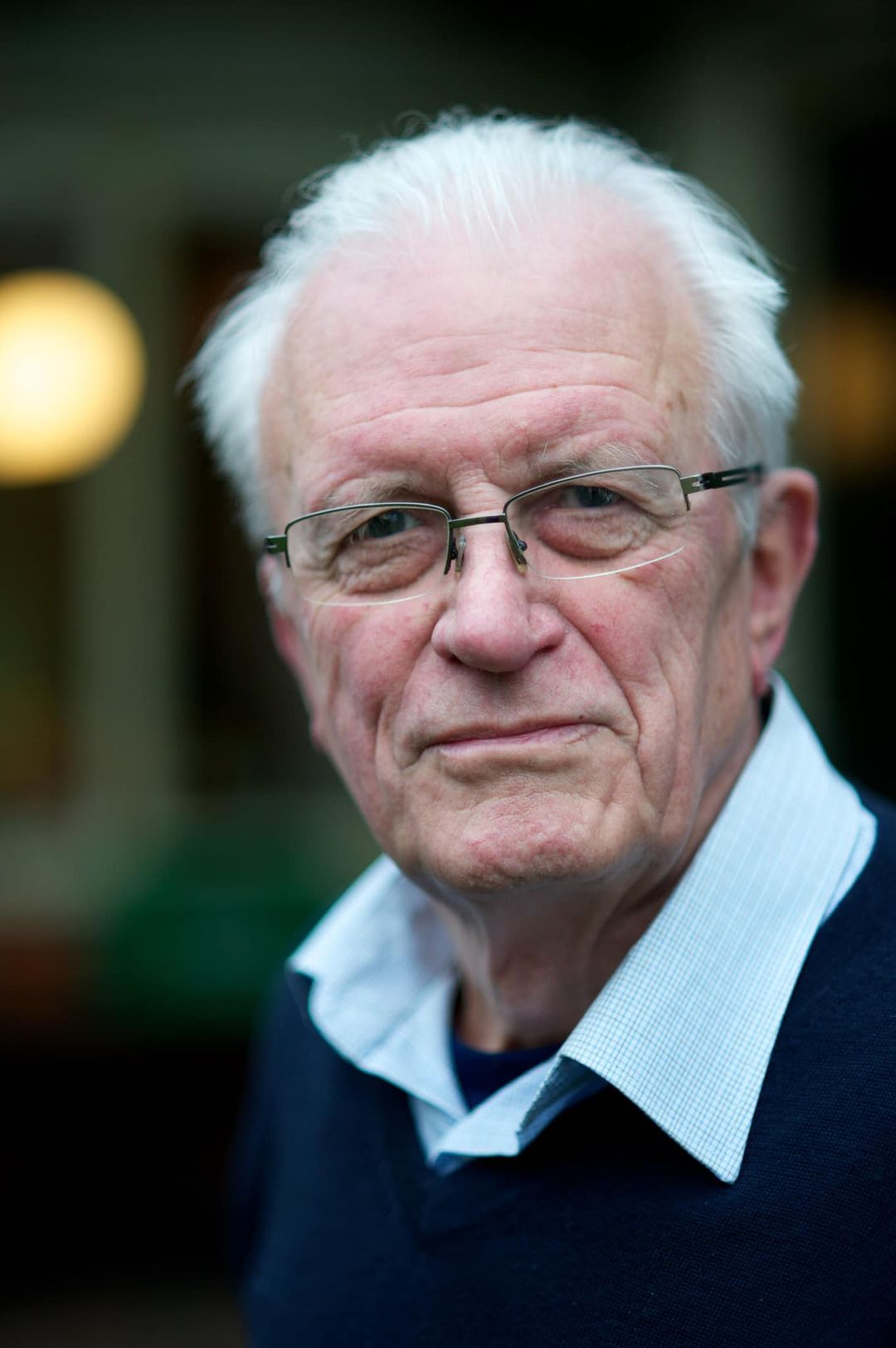 Today, Sapere has lost another one of our inspirational founders, E.P. Köster.

During his career, his research has greatly contributed to a better understanding of our eating behaviour especially in connection with olfaction. E.P. was a doctoral professor in experimental psychology at the University of Utrecht in the Netherlands (1976-1997), and also very active in a number of organizations and international networks. For some of these he was the co-founder, as in the case of the European Chemoreception Research Organisation, the European Sensory Network as well as Sapere International Association.

The idea of creating Sapere International to promote taste education in Europe germinated during a conversation between Roelof Huurneman and E.P. Köster at the banks of Starneberger See in Munich in 1993. In the following they went to meet Jacques Puisais together, and in 1995 the Non profit Sapere International Association was founded.

Later, between 2004 and 2008 at The European Centre of Taste in Dijon, France, E.P. Köster supervised research dedicated to better understanding of the effects of taste education on food preferences and behaviour.

More recently, E.P. Köster participated in the Sapere Symposium organized in collaboration with the Paul Bocuse Institute in Lyon, France in 2017.

For the 2019 Sapere Symposium in Cambridge, UK, unfortunately E.P. was already weakened and unable to attend. He still participated with a vibrant written tribute to his friend Roelof Huuurneman who died shortly before. Today both initiators and founders of Sapere rests in peace. The Sapere International Association continues to support and develop their legacy to better educate children about taste.

E.P. Köster will remain in our memories due to his strong contribution on the advancement in scientific knowledge, but also as an inspiring, humble and warm personality for all of us who had the privilege to meet him.

Caroline Reverdy, on behalf of the Sapere International Board.

You find more information on the research and career of E.P. Köster on the website of the European Sensory Network: 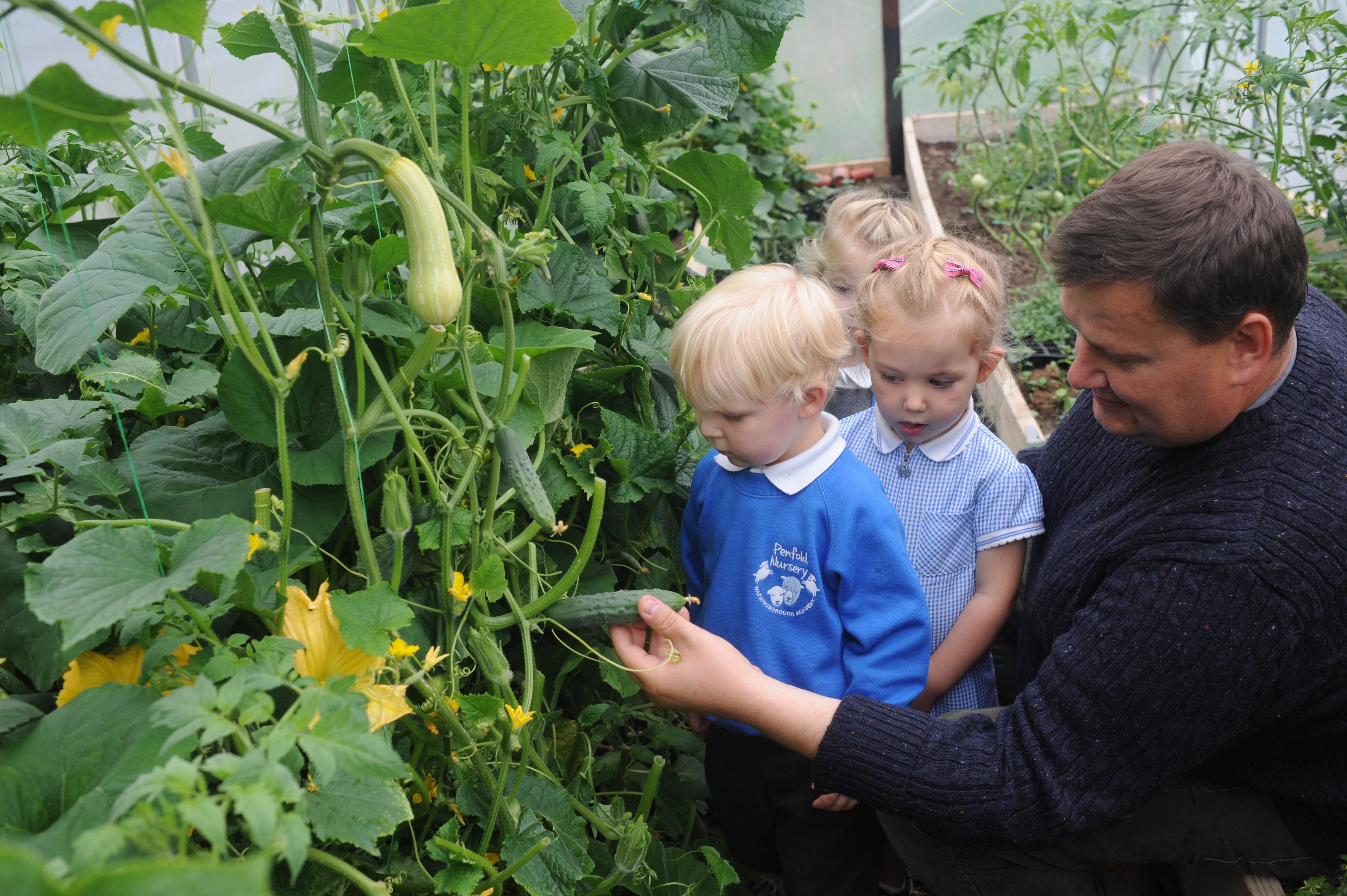 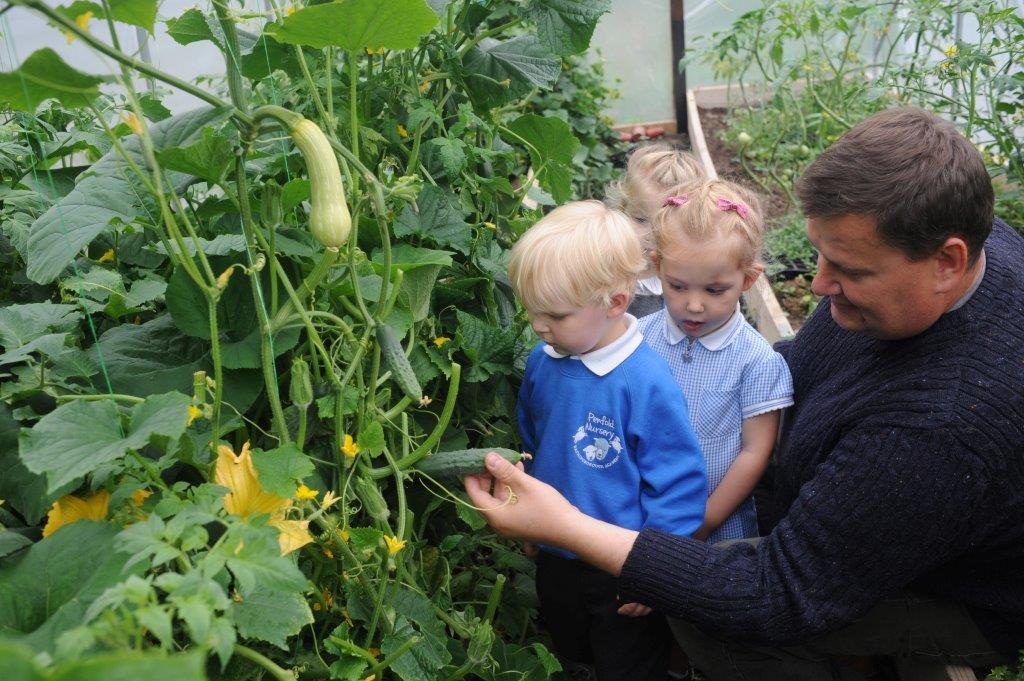 The theme will be The Relation of sensory education and sustainability (environmental + social). 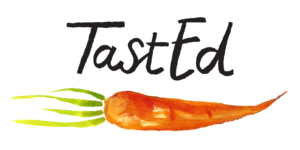 It is with great pleasure that we can inform you that sensory food-based education based on the SAPERE method now has been included in the UK Department of Education website as a preferred approach to Food Education for Early Years Settings. Impressive progress due to great work of our UK partners TasteEd. 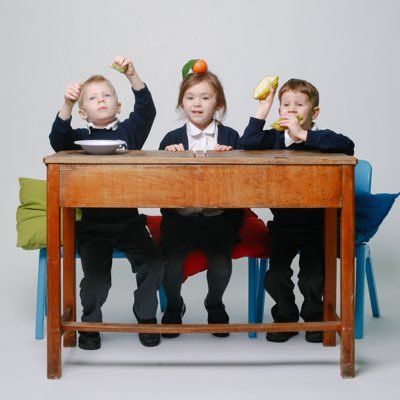 TO HELP YOUR LITTLE ONES KNOW AND LOVE THEIR VEGETABLES !

Activities and resources
At SeeandEat.org you will find:

eBooks that show vegetables’ different journeys from farm to plate. You can read the books on your smartphone or tablet and, if you want to, you can personalise them with your child.

A few minutes a day with the eBook over a few weeks makes all the difference when the vegetables turn up on your child’s plate!
Also lots of activities: to grow vegetables, do the shopping, explore, cook and eat.
As well as resources providing you with more fun ways to help your child get to know and love vegetables.

How does See & Eat work?

Research shows that pre-school children are more likely to eat a vegetable during a meal if they already know what it looks like and where it comes from. The more your child knows about vegetables before they appear on the plate, the more he or she will enjoy them! Especially the ones he or she doesn’t like or has never tried before!

The See & Eat eBooks and activities use exposure techniques that aim to help your child get to know each vegetable well before tasting it. Parents have confirmed that it’s easier to get children to eat vegetables when they’ve seen them before in See & Eat books.

If you’d like to know more about the research behind See & Eat, visit Kids Food Choices on University of Reading’s website.

The See & Eat resources were created by a pan-European group of universities and health organisations.

On behalf of the Sapere International board I would like to wish all our members and friends a happy, healthy and safe 2021.

I do not think many of us are sad to leave the year of 2020 behind. The Covid-19 pandemic and the following restrictions have affected us all in different, and for some in difficult ways. It will possibly have long-lasting impact on behaviour and therefore also areas as travel, education, work and the way we meet and interact in the future.

We can see that our members have adjusted their activites to the situation, for instance TastEd by their nice offer of support for Taste education at home https://www.tasteeducation.com/tasted-at-home/. We have learned a lot about how to use digital solutions, something I hope we will have use of in our future Sapere activites. Our members in Japan tried a remote taste class last year, for five years old children, with great success. The experimental event was introduced by Japanese TV news. Another nice example how digitalization opens up for new target groups is the Food education event arranged by Helsinki university in November 2020 which was partly in English and open to our Sapere members. 2020 was also the first year we started to use a digital solution for our boardmeetings, it works well and makes it much easer to quickly assemble the board (who lives in; Norway – Einar Risvik, France – Jacques Leignel, Switzerland – Caroline Reverdy, Belgium – Didier Kariger, Finland – Arja Lyytikainen, UK – Jason O’Rourke and Sweden – myself).

But, as human beings we are all sensory creatures, I hope we will soon be able to arrange a Sapere member meeting and interact live as well.

And remember, if you have news or questions of interest for the network and the website www.sapere-association.com do not hesitate to post it in our Facebook group or send an email to Caroline Reverdy at . 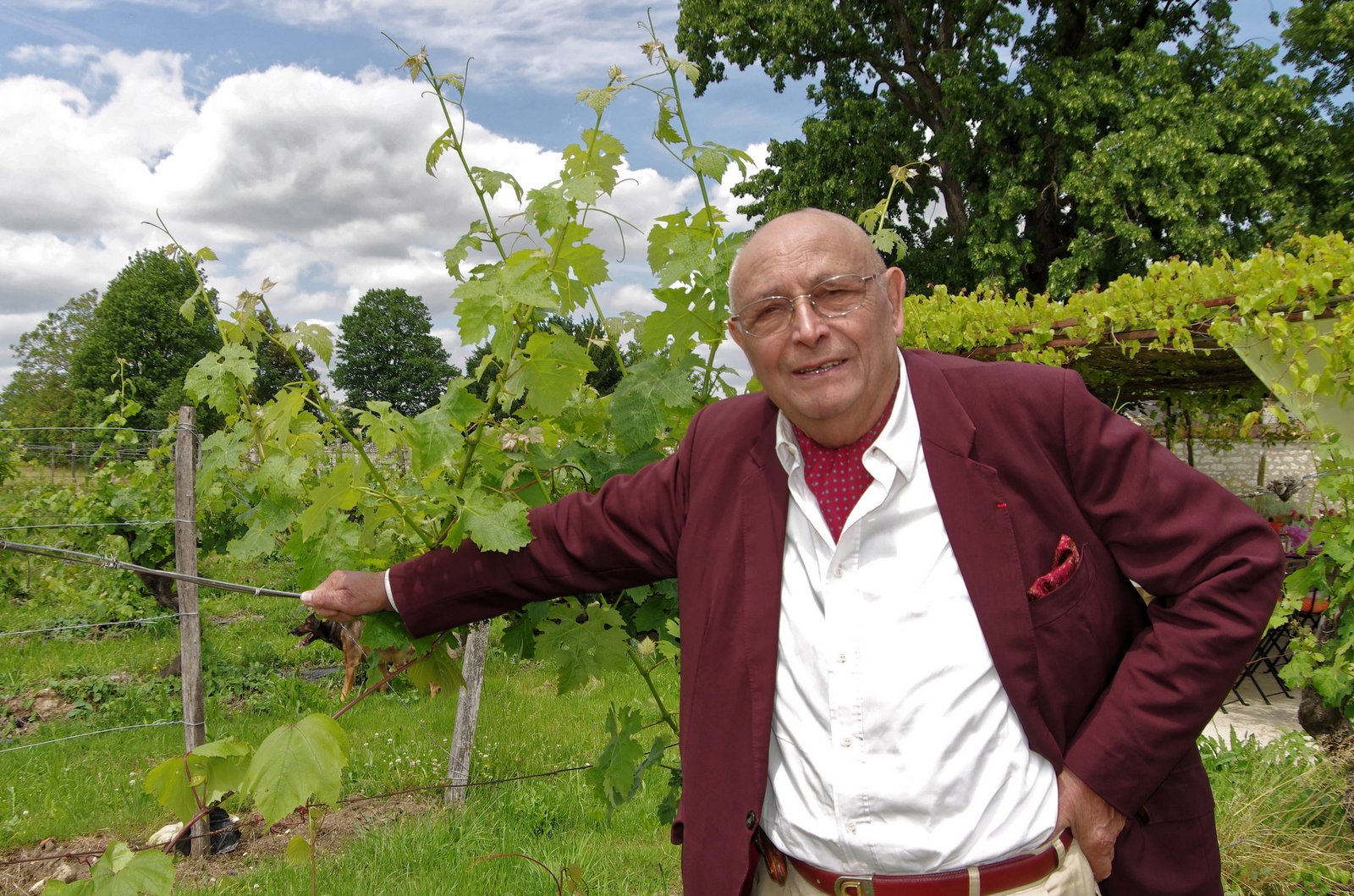 At the age of 93 Jacques Puisais passed away December 6th 2020. He leaves us as a legacy, among others the Institute of Taste, a method of sensory awakening and analysis …

He designed the taste classes disseminated in many countries by SAPERE International.

We will continue to develop the principles, the originality and the wealth of his advice which ….”allow us to become aware of what happens in us when we eat …”

SAPERE will continue to spread his work. 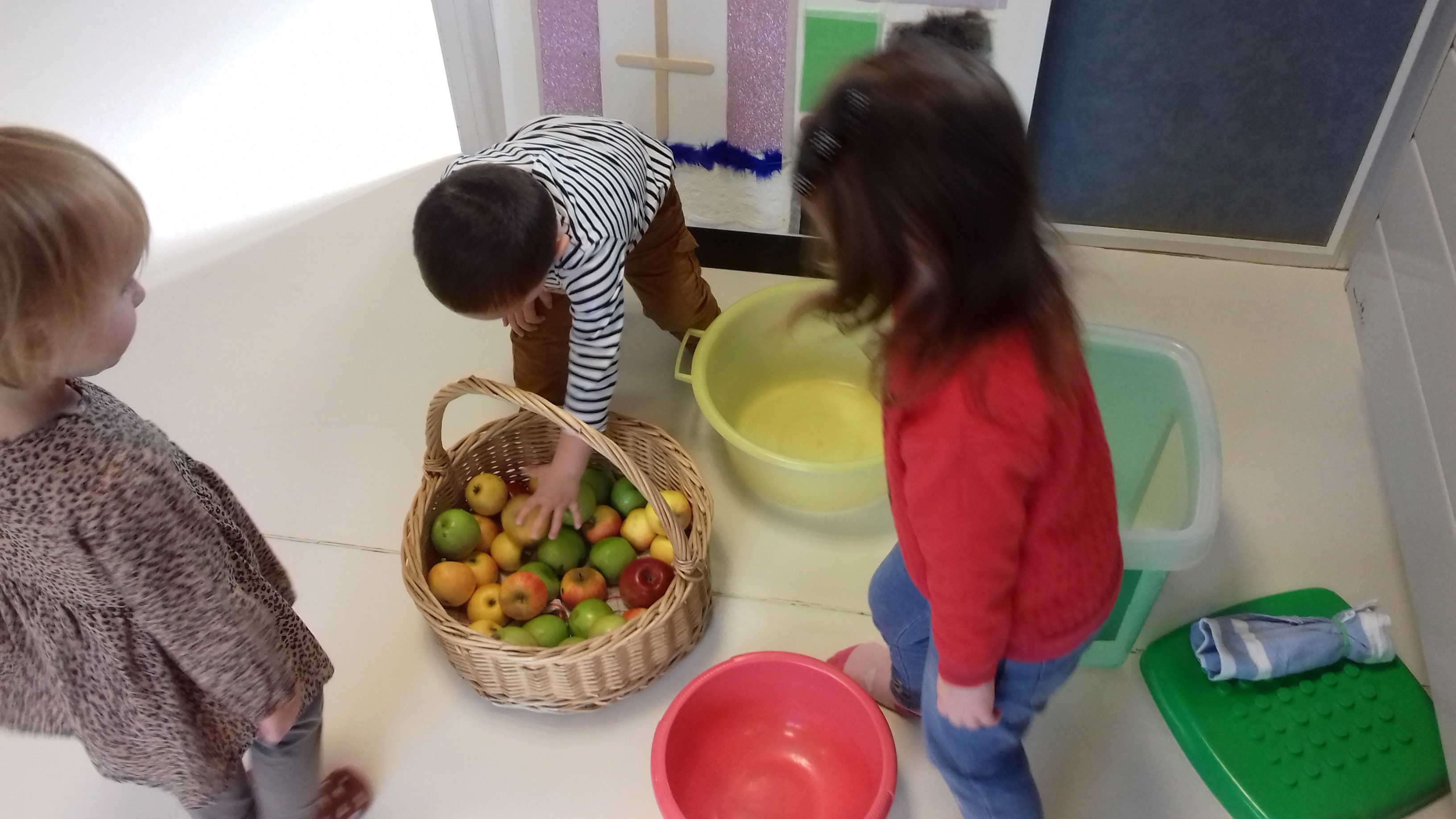 We have in effect set up a partnership with the Early Years service of the town of Senlis, aiming, firstly, to raise awareness among nursery workers of the importance of integrating taste education into their daily activities with toddlers (18 to 36 months old), and secondly, to train them in our taste education method.

During Taste Week we met the Early Years service managers along with the nursery workers. We asked them about the challenges they encounter in their work and about their needs in terms of taste education. With the children present, we were able to demonstrate our approach using typical activities based on play and sensory experimentation.

In those morning sessions, the children and the nursery workers (re)discovered the apple in all its forms and all its colours. Apples are an ideal fruit – rich and varied, reassuring for children – for talking about taste while taking into account issues around access to healthy, tasty and seasonal food.

This training programme for childhood professionals is supported by the Hauts-de-France DRAAF (Regional Directorate-General of Food, Agriculture and Forests), as part of the regional implementation of the National Food Plan. 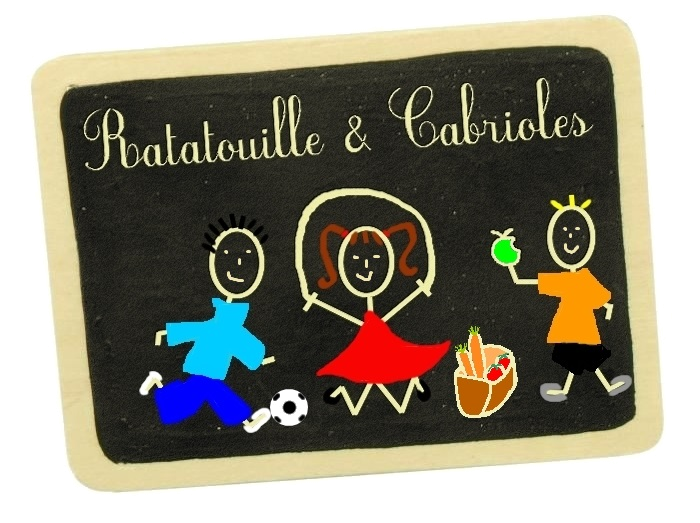 Ratatouille & Cabrioles (R&C) is a three-year intervention consisting of sessions run collaboratively by CODES 83 project managers and the educational teams for children in pre-school settings in priority neighbourhoods. Families are involved in order to cut across different areas of the children’s lives. In 2018-19, R&C ran across 36 schools, involving 213 teachers, 106 teaching assistants, 1449 parents and 3331 benefiting children; there were 529 co-delivered classroom sessions and 74 interactions with parents in the form of discussions or parent-child workshops.

An outcomes assessment for the fin­­­al-year pre-school children (4-5 years old) was carried out based on the protocol developed by Caroline Reverdy (2008), Edusens Project and Association SAPERE Classes du Goût, which aims in particular to reduce food neophobia through verbalisation and improving vocabulary.

The statistical analysis reveals that the children in the R&C project (123 children) talked less subjectively than the control children (96 children) – meaning they had a more realistic view of the foods they tasted. They were less influenced by their individual representations and their personal attraction (hedonism) to the food offered. So the children become agents of their sensory experience, which can be an indicator for reducing food neophobia, very present at that age.

Find the full report in our Library

After responding to a call for projects, SAPERE Les Classes du Goût has been selected by the Hauts de France DRAAF (Directorate-General of Food, Agriculture and Forests) to take part in implementing one of the priority areas of the National Food Programme: “Developing food education for young people and enhancing food heritage”. 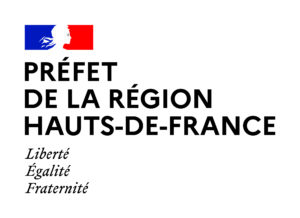 Our association is proud and very lucky to be able, through this project, to raise awareness of and deploy the SAPERE METHOD for taste education, by offering to train willing school teachers, trainers, key workers and canteen staff in the Hauts de France region.

In conjunction with the various forms of academic learning that we’ve been developing for many years, this original, interactive method allows children and teenagers to discover food diversity, to get to know their sensory profile better and to become more open to accepting difference.
We hope the project will be a success that we can talk more about here.